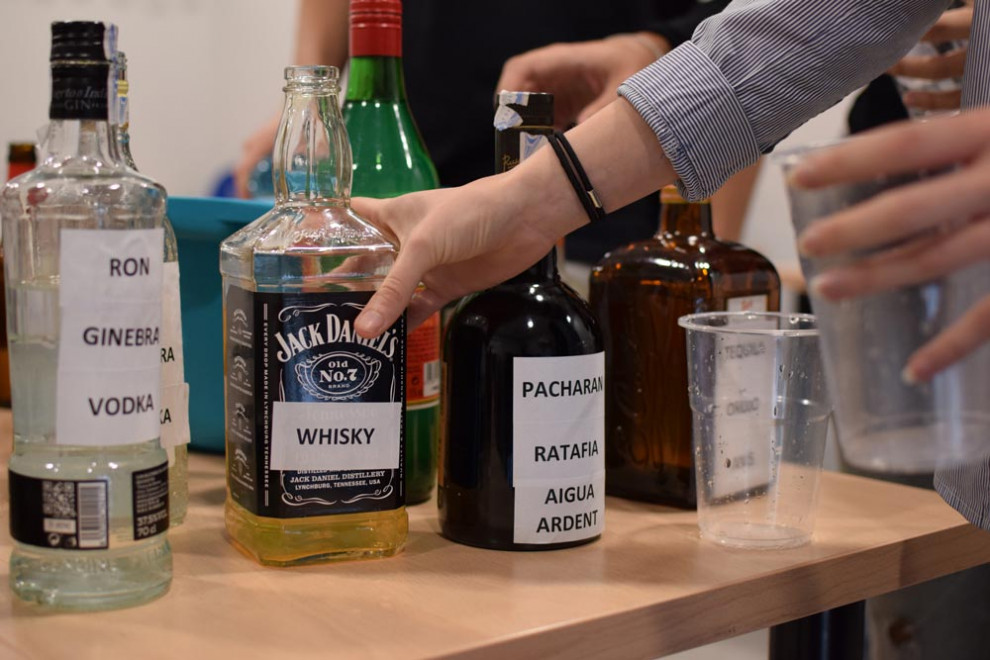 Adolescents consumed less alcohol, cannabis and tobacco during the lockdown

Consumption of alcohol, cannabis and tobacco among adolescent population fell during the COVID lockdown. That is one of the conclusions of a study carried out within the framework of the DESKcohort project, in which the participants were 303 students on vocational training programmes, at higher secondary school and in the fourth year of secondary from Central Catalonia, aged between 14 and 18 years old. In addition to highlighting this general drop in the consumption of these substances, the study, which has been published in the International Journal of Environmental Research and Public Health, concludes that there are differences depending on what the students were studying. Students on vocational training programmes were more prone to the risk of consuming alcohol and cannabis and smoking every day than fourth year secondary school students or those in the second year of higher secondary education.

The reduced risk of substance use was widespread, especially among fourth-year secondary school students. In contrast, people who were studying vocational training programmes, those with parents who left school after primary education, and those living in the Anoia region increased their daily tobacco intake during the lockdown.
The study aimed to analyse how alcohol, cannabis and tobacco use changed among this population of young people during the lockdown, by comparing data collected previously as part of the DESKcohort project. At the same time, it aimed to analyse the individual and social factors that affect consumption patterns.

Judit Rogés Olivares, a researcher for the DESKcohort project, explains that this situation is due to "the change in patterns due to the lockdown, which affected and changed adolescents' social life, as they spent more time at home, under parental supervision, and had fewer opportunities to acquire substances."

The study was led by the researchers Judit Rogés, Tivy Barón-Garcia, Helena Gonzàlez Casals and Albert Espelt of the Department of Epidemiology and Methodology of the Social and Health Sciences of the Faculty of Health Sciences of Manresa of UVic-UCC; Marina Bosque-Prous, of the UOC; Joan Colom, of the Subdirectorate General for Drug Addictions of the Public Health Agency of Catalonia; Cinta Folch, of the Centre for Epidemiological Studies on Sexually Transmitted Infections and AIDS in Catalonia and the Biomedical Research Centre in the Epidemiology and Public Health Network; and Esteve Fernández, of the Catalan Institute of Oncology (ICO) - Bellvitge Institute for Biomedical Research (IDIBELL); Faculty of Medicine and Health Sciences of the University of Barcelona and Consortium of Centers for Biomedical Research on Respiratory Diseases (CIBERES).